Luca is a football, who enjoyed playing with the kids in the suburbs of Rio de Janeiro, until the day his life changed forever.

VOYAGE with Luca through magical environments.

EXPLORE beautiful countries in a way you never have before.
COLLECT all the coins needed to travel to another country.
SOLVE all the puzzles to clear your route.
Help Luca to become the most famous football at the World Cup!

A FABULOUS PUZZLE PLATFORMER
Step into the wacky and wonderful world of a football named Luca on a once-in-a-lifetime adventure. Overcome tricky challenges in this puzzle platformer and help Luca achieve his dreams.

AN ELABORATE DREAMLAND
See famous cities of the world as you’ve never seen them before. Explore every corner of the hand-crafted globe brought to life with high quality graphics.

UNIQUE SOUND DESIGN ENRICHED WITH BEAUTIFUL MUSICAL PIECES
Let yourself go and surrender to the fast-moving story, enriched with beautiful musical pieces which form part of a unique soundscape.

THE STORY OF AN AMBITIOUS DREAMER
Creasaur Entertainment Company proudly presents, the most ambitious dreamer of all time…

Imaginative, hand-crafted level design.
Enjoyable puzzles and obstacles to overcome on Luca’s route to the World Cup.
Unique gameplay mechanics for each country and architectural environment, all based on real life locations like Rio de Janeiro, Mexico City and Paris.
Various special moves and power-ups such as wall jump, super speed and double jump.

During a friendly match in the neighborhood, he was kicked by a boy shooting for goal, but he soared over the bar and broke the window of a flat instead. In that flat, there was a TV showing one of the World Cup matches. When Luca saw the charismatic, shiny ball in the cup final, he made a decision. The old, worn, scruffy ball of the little neighborhood, decided that he would be the one playing with the most famous footballers in the world in the most important football event of the year. He jumped out of the window and that’s how the adventures of little Luca began. Now he has to overcome all obstacles in his path and solve puzzles to reach his goals and travel from country to country to reach the World Cup final. He believes that nothing can stop him from achieving his dream. Stretch your fingers and prepare for a breathtaking adventure with this brave ball. 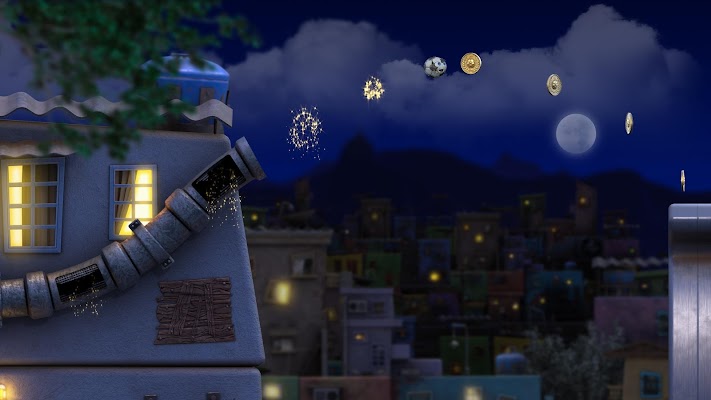 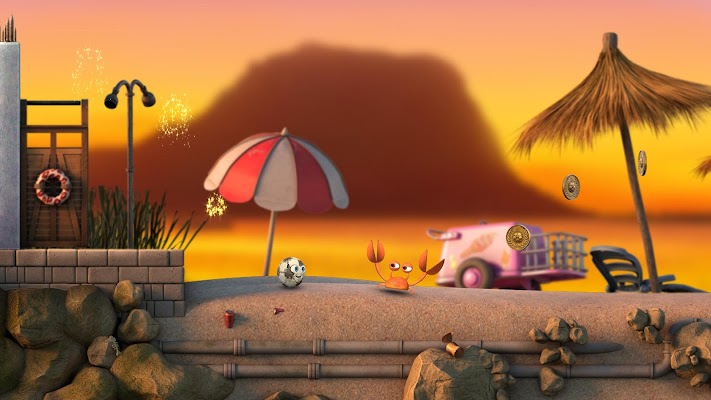 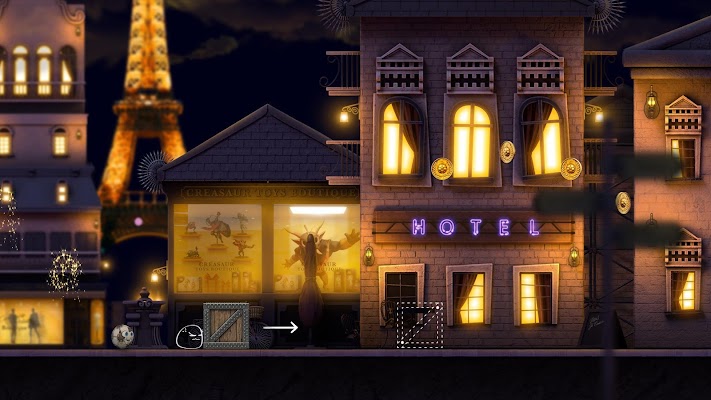 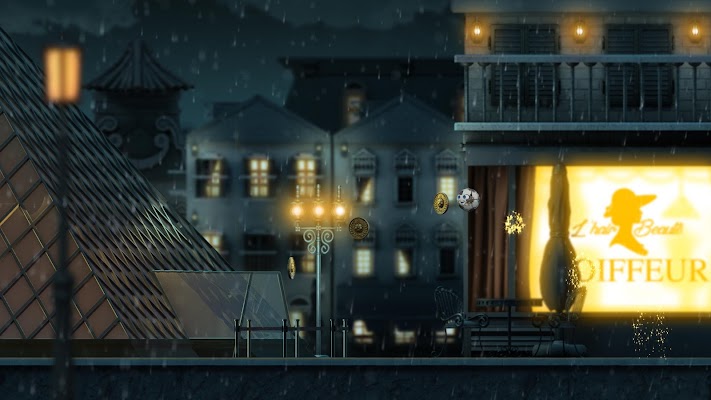