Take the fight to the next level in Real Boxing 2 CREED™ – the official mobile game of the movie CREED™!

Train with the legendary Rocky Balboa and become the World Champion in the sequel to the award winning Real Boxing™. Ready for Round 2?

BECOME CREED AND CLAIM YOUR LEGACY
Enter the ring as Adonis Johnson, the son of Rocky Balboa’s legendary rival Apollo Creed. Challenge the boxing elite, unlock unique CREED™ themed items, and fight to prove your legacy is more than a name in the official game of the movie CREED.

JOIN AN ENDLESS MMO FIGHTING EXPERIENCE
Challenge an elite of boxing champions and fight players from around the world, night or day, in single and multiplayer gameplay across hundreds of exciting events, story fights, and tournaments in a never-ending Career Mode.

BATTLE AGAINST UNIQUE BOSSES
Take on a new type of challenging opponent, each one available to challenge for a limited time before they’re gone. Defeat them all, claim their epic gear, and use it to wreak havoc in the ring.

CHOOSE YOUR STYLE OF BOXING
Develop your boxer’s Strength, Stamina, Speed, and Endurance, level up your abilities, and equip powerful boosts to create your own unique fighting playstyle.

CONNECT WITH FRIENDS
Invite a friend and duke it out in real-time PVP action to find out who’s the best boxer right here and now. Fight for the quickest KO and best scores across a variety of leaderboards. ***Send and receive gifts with friends and rivals***. Never stop competing!

PLAY EXCITING MINIGAMES
Train your fighter in exciting minigames with Rocky Balboa and try your luck in the Daily Lottery for a chance to win awesome rewards. 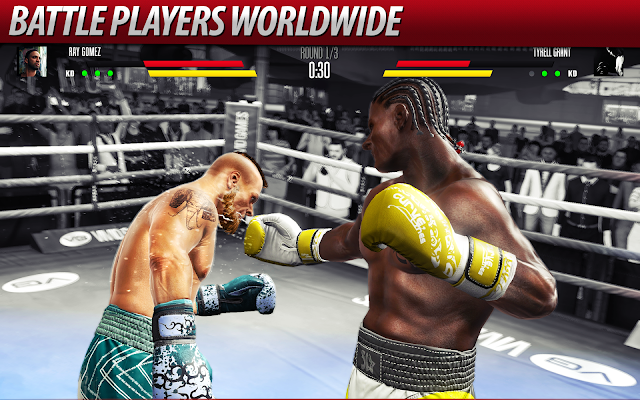 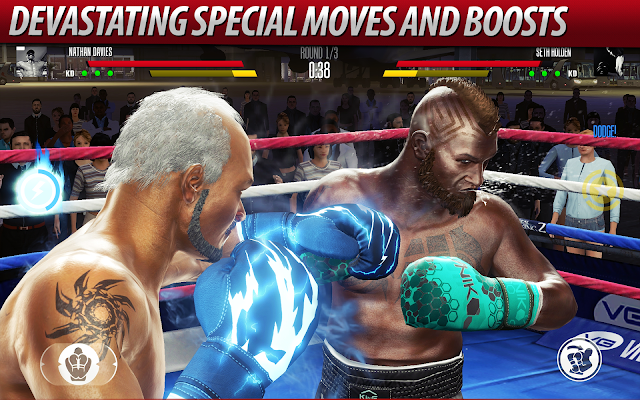