FINAL FANTASY V for the Android is here!

FINAL FANTASY V first debuted in 1992 as the fifth installment in the iconic FINAL FANTASY series. This wildly popular RPG was the first in the series to sell over two million copies.

This groundbreaking title allowed players to customize their characters with an unprecedented degree of freedom thanks to a new job and ability system that further improved and refined the job change system used in FINAL FANTASY III. The title also saw the introduction of more detailed and expressive 2D character models, which helped further fuel the player’s imagination, making the story even more immersive and fun to play.

Earth, water, fire, and wind…
These are the four crystals that bring peace and prosperity to the world,
but they have lost their power and are now on verge of destruction.

It all started with a strange change in the wind…

Sensing something ominous astir, the young traveler Bartz astride his chocobo, Princess Lenna of Castle
Tycoon, the mysterious Galuf, an old man with a bad case of amnesia, and the pirate captain Faris soon find that fate has brought the former strangers together.

With spirits fired by strong will and purpose, the four heroes set out on an epic adventure. 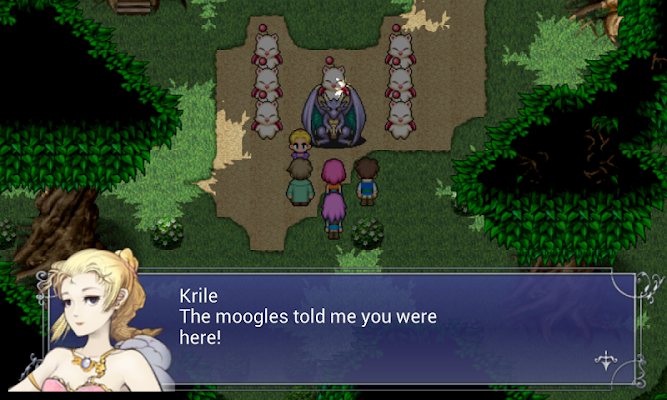 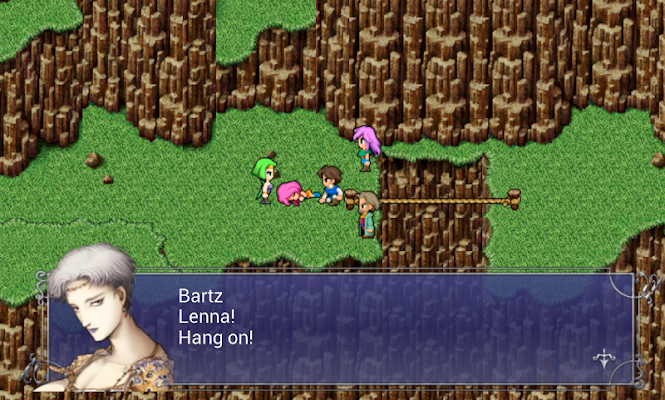 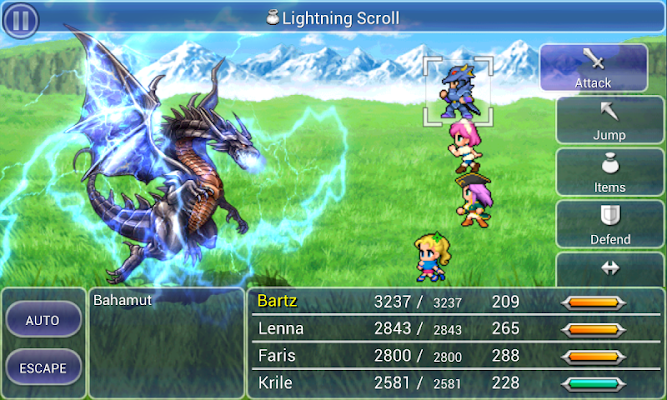