In Gunslugs: Rogue Tactics Sneak around and take your time to take down the enemies? you can do that!

What can you expect from the game: action-platforming that the original games were, but introduced with a host of features that turn the game into a more stealthy and tactical oriented game with some rogue-lite features on top.

Touch-controls are fully customizable (size, placing on screen) and the game supports controllers.The idea is that you are free to tackle this game in the way you like: Prefer to rush through the game guns blazing? You’re THAT good? Well go for it!

My tip? Try a little bit of both, and be more tactical about your approach. Often it’s smarter to not engage with a large group of enemies, and rather take them out one by one or with a well placed sticky bomb, or land mine. In other situations going full on Rambo-mode is probably the best chance of survival and get to the chopper! 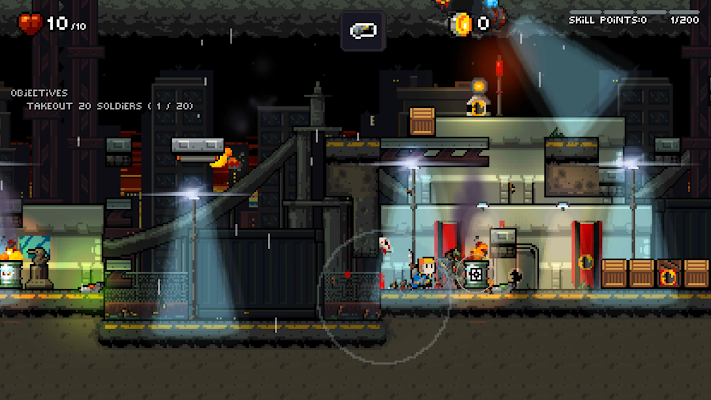 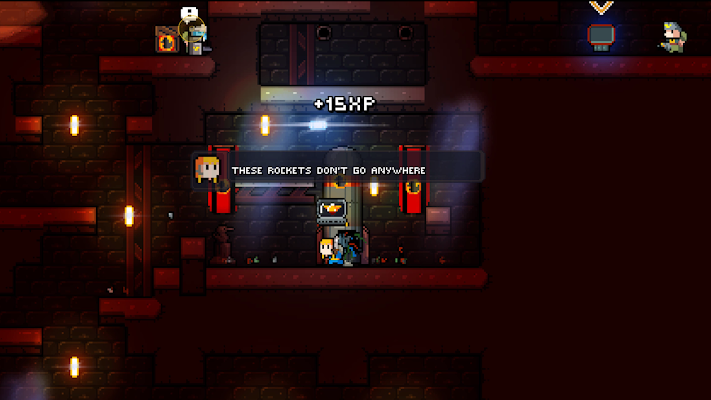 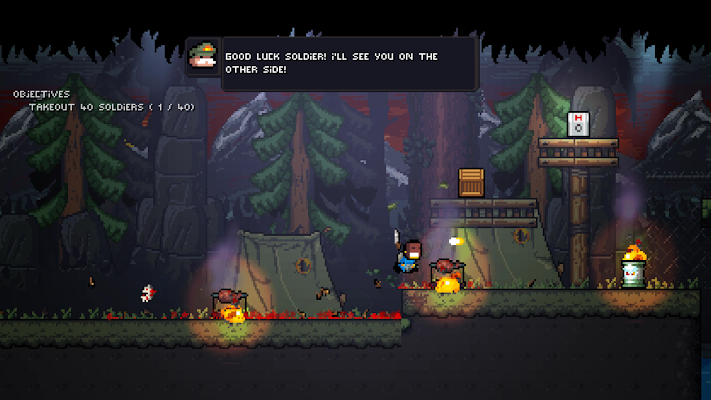