Unreal Engine 4 brings smooth, next-generation graphics to your mobile device, and produces a graphical and audio experience that perfectly recreates the PC version.

1. Officially licensed PUBG on Mobile
An authentic port of the PC version. 100 players are dropped on an enormous 8×8 km battlefield. Players fight to survive and eliminate each other through strategy and skill. The last one standing wins! Winner Winner, Chicken Dinner!

3. Realistic Shooting
With a large selection of firearms, melee weapons, and throwables with realistic ballistics and trajectories, this is the perfect combat experience on mobile.

4. Travel in Style
Drive one of a variety of vehicles to escape from your foes or to stalk your prey.

5. Team-Up with Friends and Use Voice Chat
Invite friends to team-up, head into battle together and collaborate over voice chat.

6. Fair Gaming Environment
Armed with powerful anti-cheating mechanisms and optimized for many devices, ensuring a fun and fair environment for players.

*Recommended specs for getting the most out of PUBG MOBILE: Android 5.1.1 or above and at least 2 GB RAM.

Vikendi, a 6km x 6km snow map, is coming in the new update! Availability will be announced at a later date, so make sure to keep an eye out! 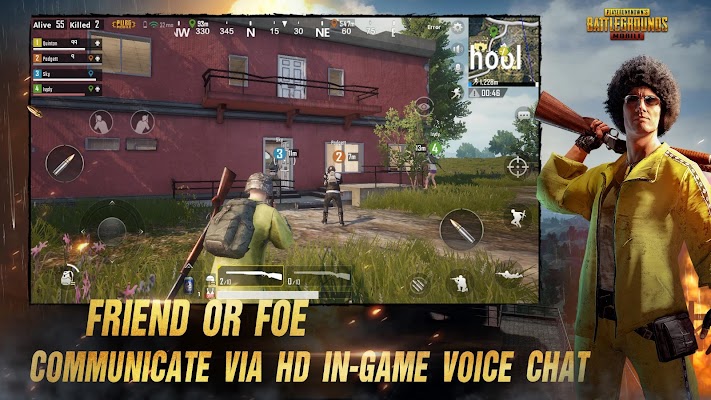 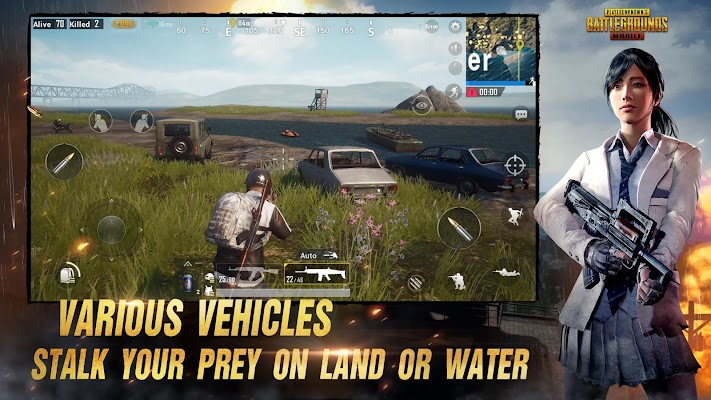 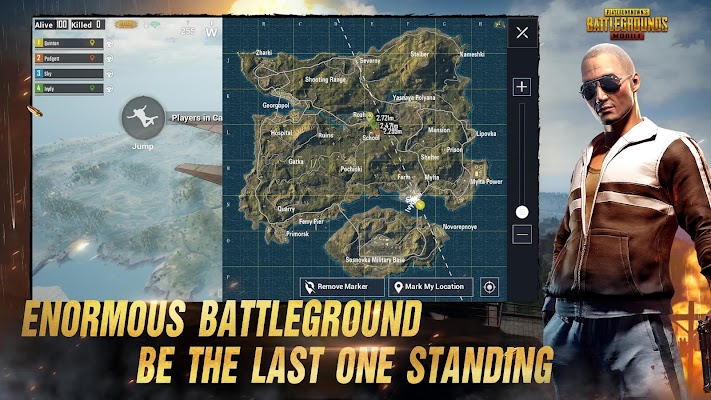