No More Buttons is a hand-drawn platformer were the buttons are part of the environment.

A simple puzzle-platformer, but the controls are mapped out into the environment. It’s these types of unique and creative twists that make me want to play a game. I quite enjoyed this game. The puzzles were fun, and creative gimmicks were consistently introduced throughout the game to keep things fresh and interesting. I also like the simple yet endearing art style and squiggly animation. The story is subtle throughout the game but takes a very interesting turn at the end. The app isn’t perfect.

Firstly, there’s no level select or menu. The game flows from level to level, and whenever you exit the app and start it up again, you’ll be taken to the level you last left off at. This actually makes sense given what the game is going for, but it would have been nice to have unlocked some sort of level select after completing the game. Instead, the game just loops to the very beginning. The game isn’t too long though, so it’s not a huge deal. There’s also a few other nitpicks (such as pushed blocks getting stuck sometimes), but these are minor and not game breaking. Overall this game was a fun and unique experience. I

You can move them around, rotate and even stand on them. It’s a game about buttons with a control scheme that perfectly utilises the touch screen. 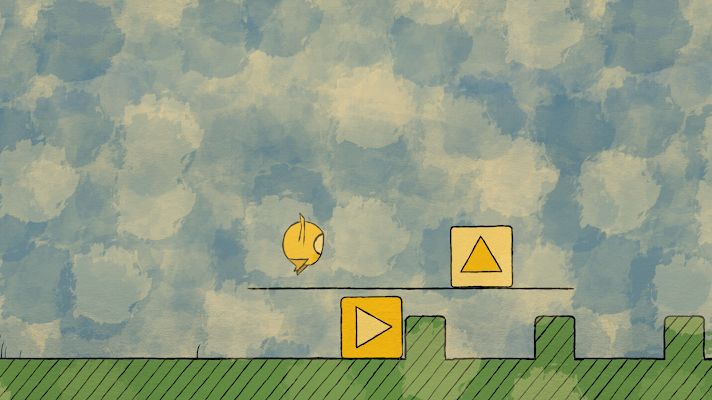 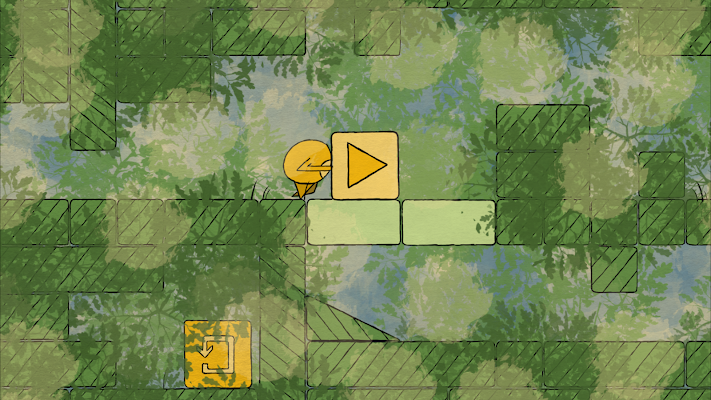 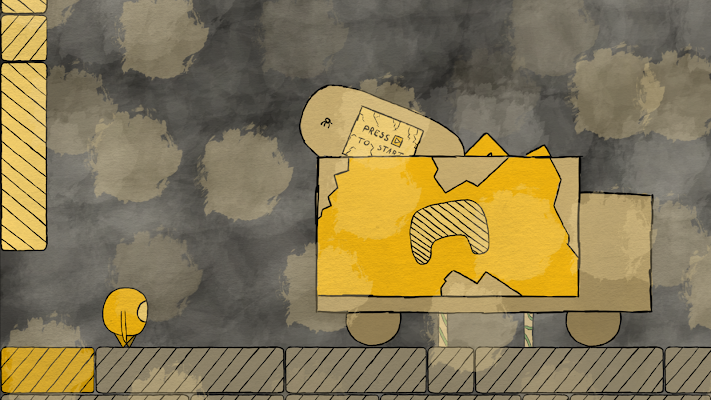 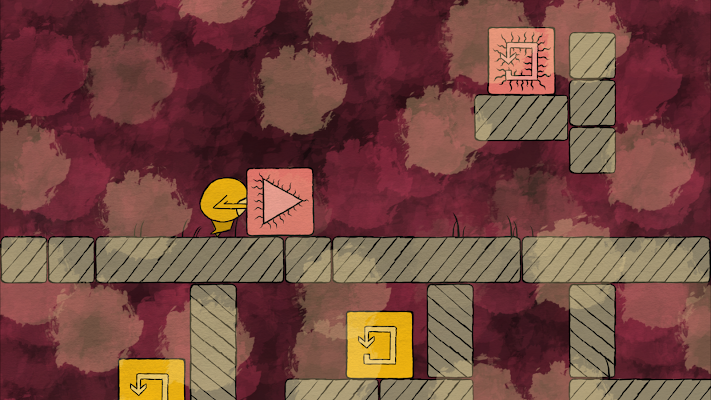