Wordfeud is a multiplayer puzzle game where you can challenge friends and random opponents and play in up to 30 separate games simultaneously!

Create and place words on the 15 by 15 tile board and earn points for creativity and placing letters on the high scoring Double Letter, Double Word, Triple Letter and Triple Word tiles.

Search for friends to play against or allow Wordfeud to match you up with an opponent. Even chat with them – smack talk or praise – it’s your choice!

Tired of the same standard board each game? Choose the option to randomize the board and change up where the DL, TL, DW, TW tiles are placed – giving the classic game a new twist! 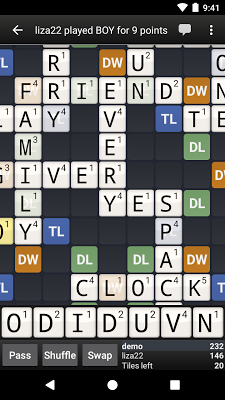 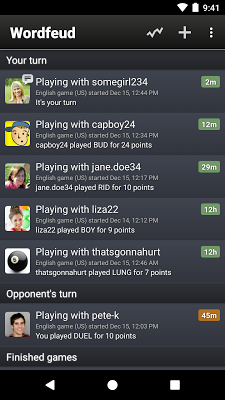 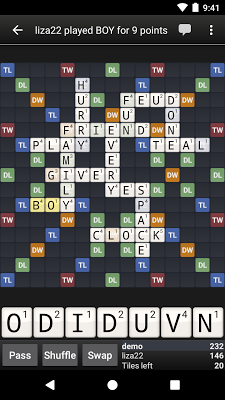 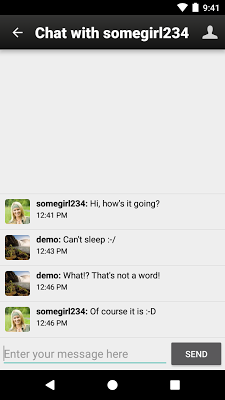