Four Last Things is a point-and-click adventure game made from Renaissance-era paintings.

Pilfer from poets, bargain with bishops and serenade the local simpleton on you hapless quest for absolution.

It’s kind of like if Monkey Island had been made in 16th century Flanders by a time-travelling Monty Python fanboy.

***In the beginning God created the heavens and the earth. God saw all that he had made, and it was good. Then the Lord God formed a man from the dust of the ground and breathed into his nostrils the breath of life, and the man became a living being.

‘Ooops,’ said god, seeing he had created a fool. But before he was able to remedy his error, man spoke;

‘No backsies!’ he chirped, and scuttled off into the forest.*** 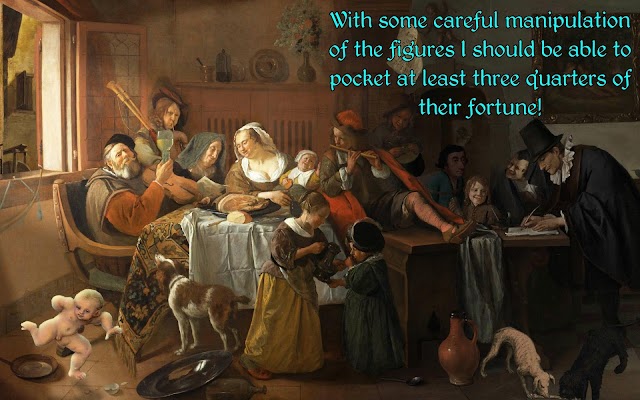 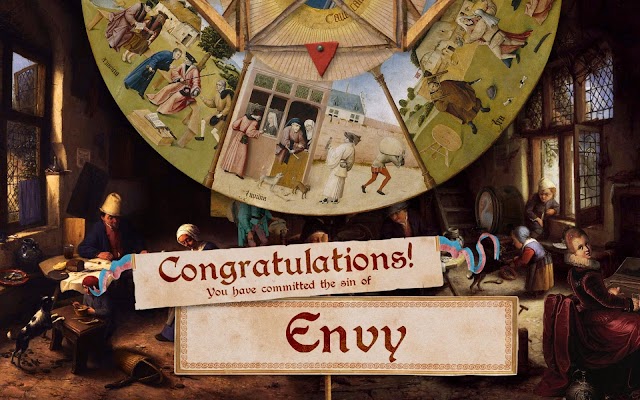 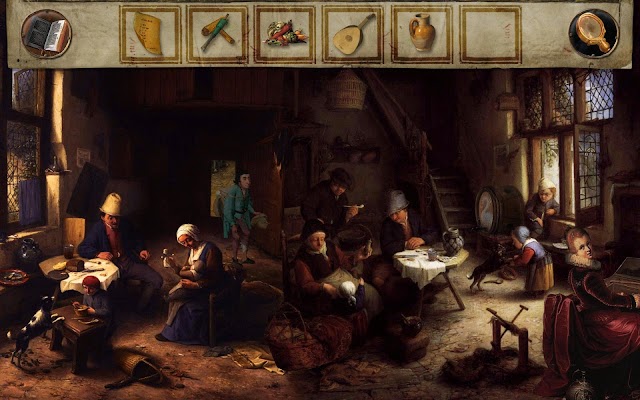 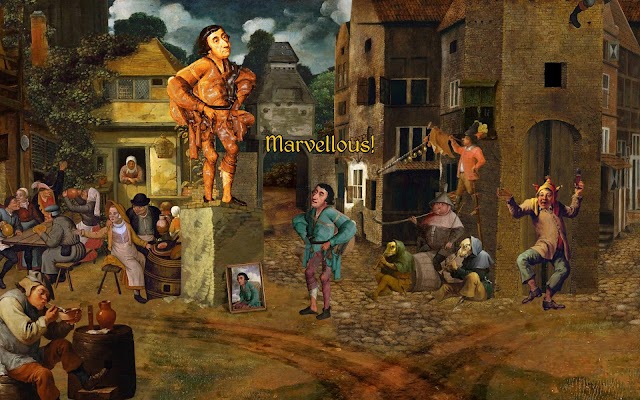