Discover what happened in the first martian colony.

Story:
Earth has lost contact with the only colony in mars; a scientific colony established to research the existence of life in the frozen waters of Mars.
You will be sent to the planet’s surface with the mission to restore contact with the colony and find out what happened.

Inspired in the 80’s and 90’s sci-fi horror movies, Life on Mars is an old-school game with old school graphics and very addictive playability which will make you feel again the things you only felt 2 or 3 decades ago.

Features:
-4 difficulty levels:
The easier modes can be enjoyed as a “run and gun” kind of game, while the normal and mostly, the hardest level, will make you play it as a real survival game, where every hit counts.

-Weapons and abilities:
You will start with a single rifle, but you will be able to find weapons such as a grenade launcher, a flame thrower, a machine gun and plastic explosives.
There are also abilities for your suit, such as the double jump and the run ability.

-Energy system:
Instead of an ammunition system, the game uses an energy bar system which decreases with every weapon or ability you use, but it recharges automatically over time.

You will find energy cells around the map or after defeating enemies. You can use those energy cells in workshops scattered all over the colony to upgrade some weapons or your energy generator, so your energy bar reloads faster.
You can also farm for energy cells by revisiting previous areas for as long as you wish.
There is no limit on the upgrade system, so you can end up with incredibly powerful weapons, so no matter how difficult the game gets for you, you can farm and upgrade your weapons to the point where you have no rival.

You have a basic map of the colony which shows your location. You can use it to find secret areas in the colony.
-Non linear game style:
You can re-visit any area of the colony and use your new weapons and abilities to access rooms or areas you could not before, so you might find power ups or weapons.
Also, further on the game you can do several objectives in any order you like.

Who doesn’t like explosions? There are LOTS of explosions!
A big part of the addictive playability is due to the fact that there is a very elaborate combo system with the explosions, chain reactions, friendly fire, etc.
It is really advised for the player to master the explosions dynamics early in the game to make use of them efficiently and improve the game experience. 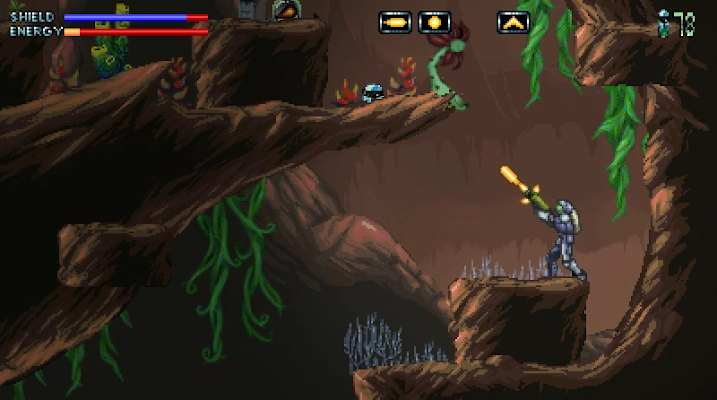 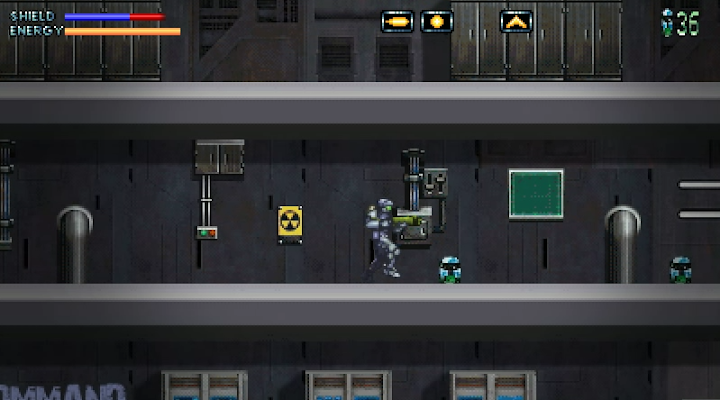 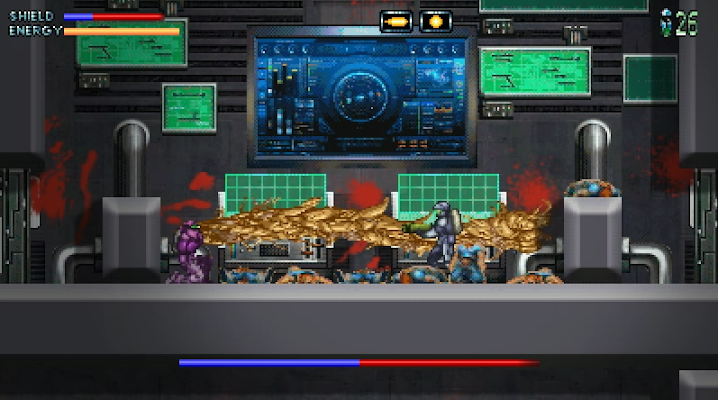 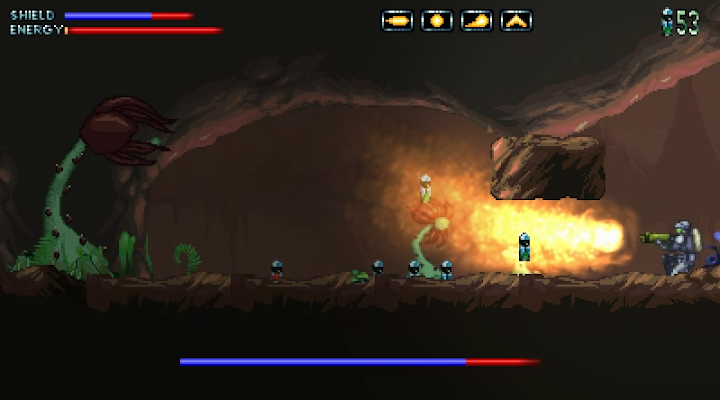 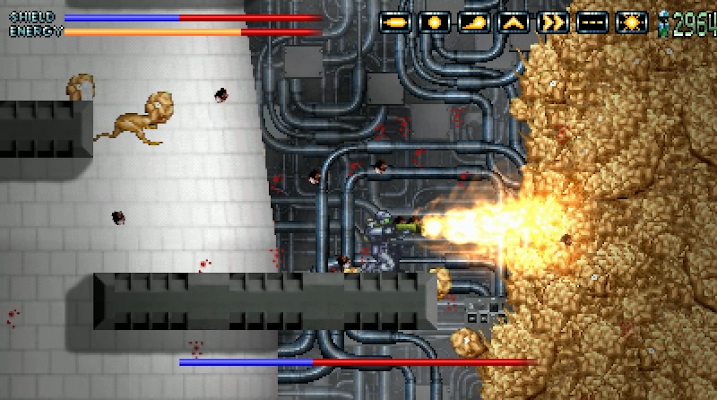