Mini Metro is a game about designing a subway map for a growing city. Draw lines between stations and start your trains running. Keep your routes efficient by redrawing them as new stations open. Decide where to use your limited resources. How long can you keep the city moving?
• Random city growth so each game is unique
• Eleven real-world cities to test your planning skills
• A variety of upgrades to tailor your network
• Normal mode for quick scored games, or Extreme for the ultimate challenge
• Compete against the world every day with the Daily Challenge
• Colorblind and night modes
• Responsive soundtrack created by your metro system, engineered by Disasterpeace

The passengers on your miniature metros are now smarter! We found and fixed a number of problems with how they planned their routes, so they are now more sensible and consistent when deciding which train to board. 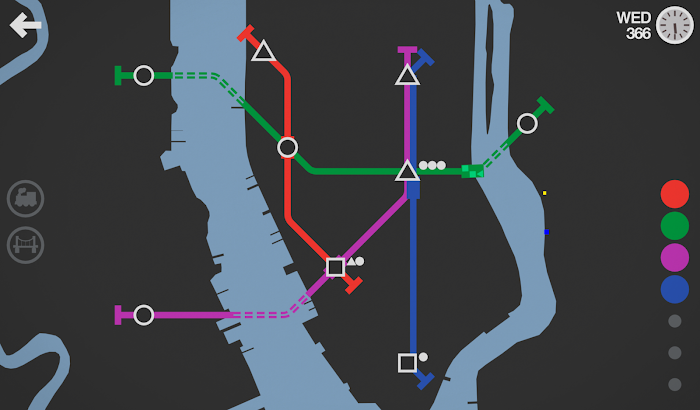 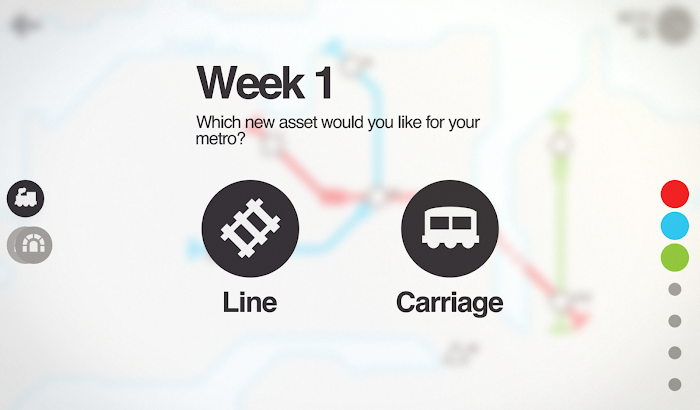 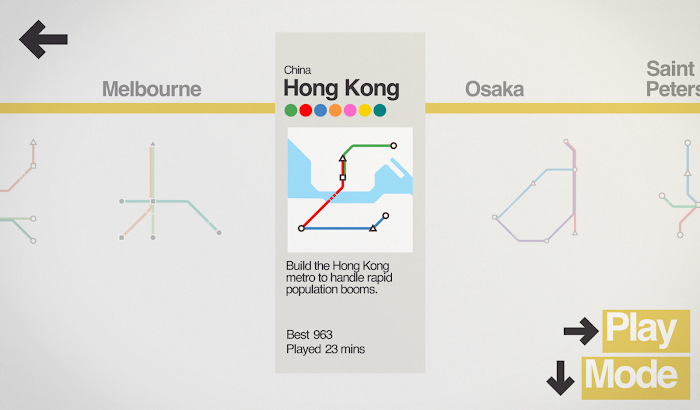 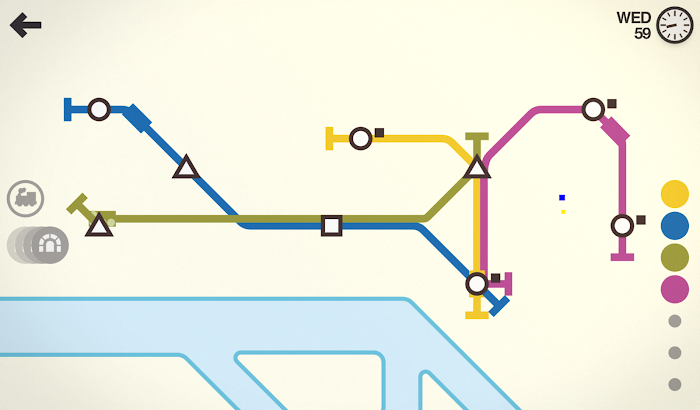 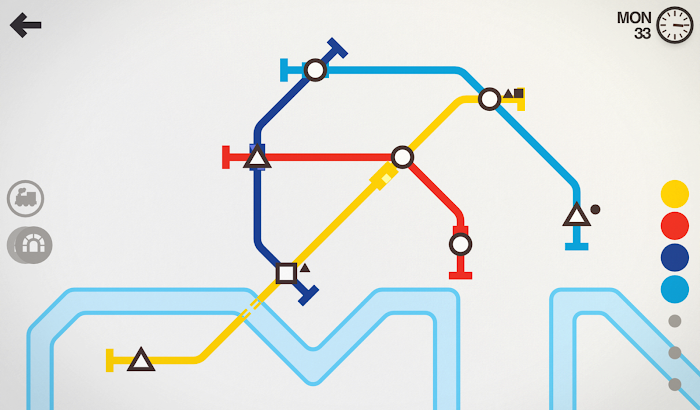