The epic struggle for domination is now available for Android tablets!

Players take the role of a Titan, moving through the constantly changing terrain of the Land with Legions of Ogres, Gargoyles and other monsters of myth and legend. Players move their Legions along specific pathways recruiting creatures to their side and using those Legions to battle their opponents. Battles then take place on separate terrain maps where only the strongest survive!
This classic strategy game supports 2-6 players.

The Android app supports both Local games, with any mix of humans and AI, and Online games against remote opponents. 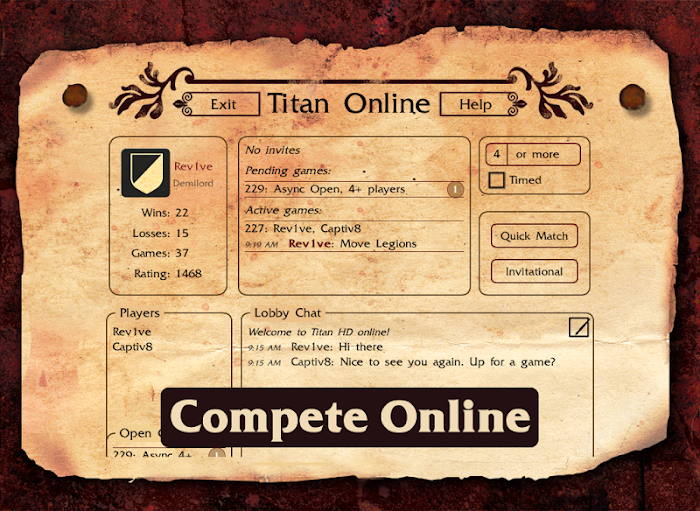 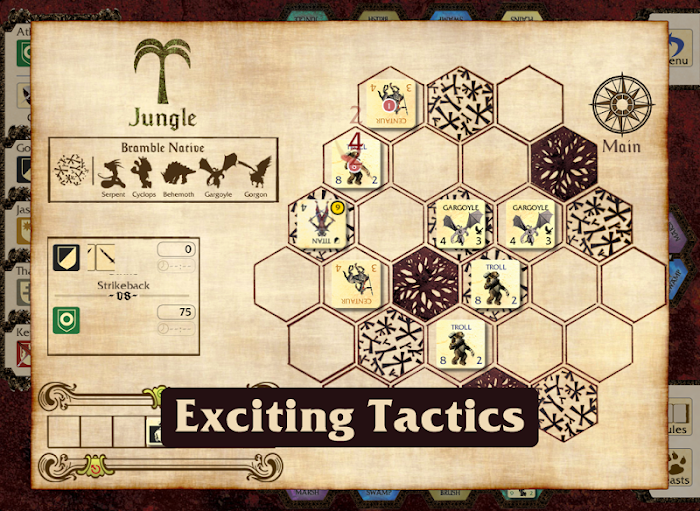 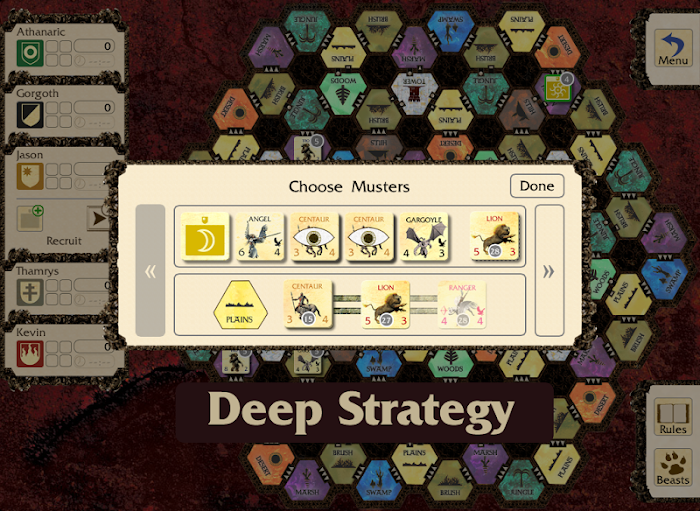 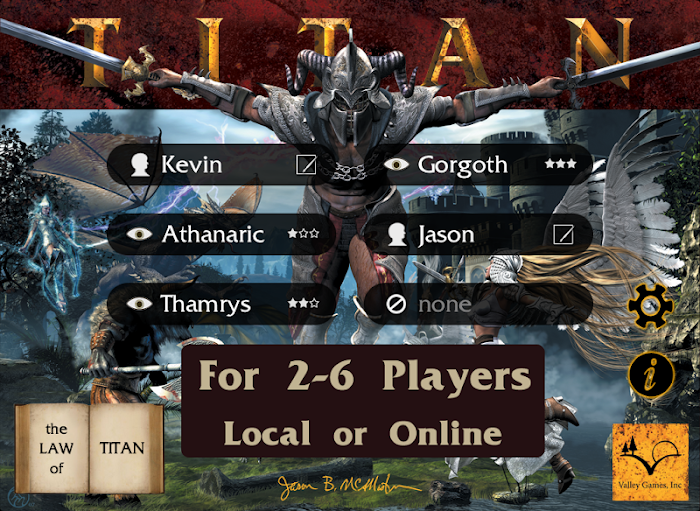