ABOUT THE GAME FEATURES

◆ One of the most highly praised “FATAL FURY” titles!
”FATAL FURY SPECIAL” was a worldwide hit in the arcades and a blast in the fighting game genre at its release thanks to the high quality of its game mechanics and its 16 charismatic fighters!

◆ A refined game system!
”FATAL FURY SPECIAL” is more than an update to “FATAL FURY 2” with its overall revised game balance and its brand new combo system! Moreover, characters can activate their Desperation Move to change the outcome of the battle!

◆Versus Battles are hot!
Challenge your friends in intense and epic battles via the Bluetooth functionality of your smartphone! 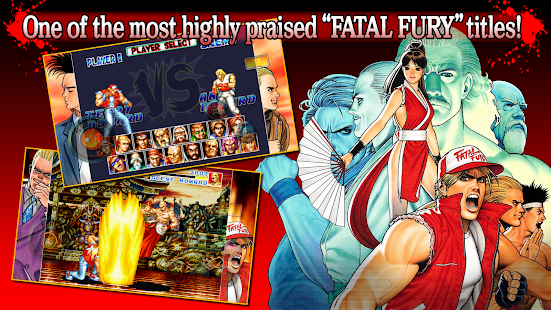 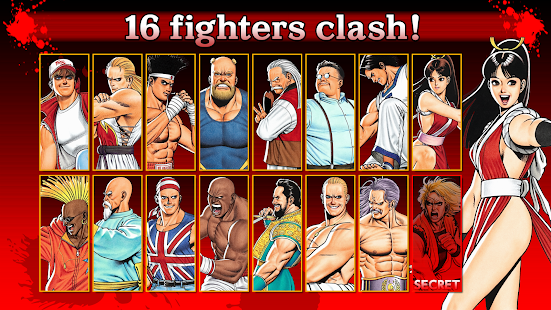 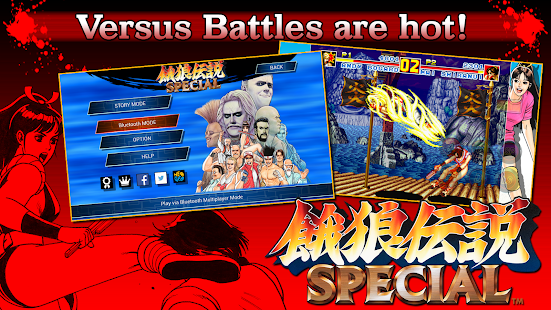 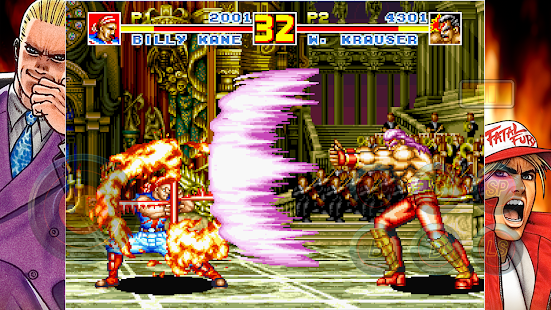