Age of Civilizations is a turn-based strategy game in which your object is to dominate the world!

• Map
– The capital is the most important province in a civilization. If you lose your capital for 3 turns, your civilization will no longer exist. If you capture another civilization’s capital, you obtain all of its provinces. Capitals have a defensive bonus: +15% and an offensive bonus: +15%. Capitals have all buildings already constructed.
– Transparent provinces are neutral. Provinces with color belong to other civilizations.
– You can scale the map. To go back to the standard scale, double tap the map. If scale is other than standard on minimap you can see ‘!’ in top right.
– Use the Economy and Population buttons to view each province’s Economy and Population values. Use the diplomacy button to view each province’s owner and engage in diplomacy (see Orders- Diplomacy View).

• Building Types
– Fort: gives a province a defense bonus.
– Watch tower: allows you to see army numbers in neighboring provinces.
– Port: allows units to move into the sea. Units at sea can move back onto any land province, even if it doesn’t have a port.

• Three different types of fog of war:
– Off
– Standard
– Full 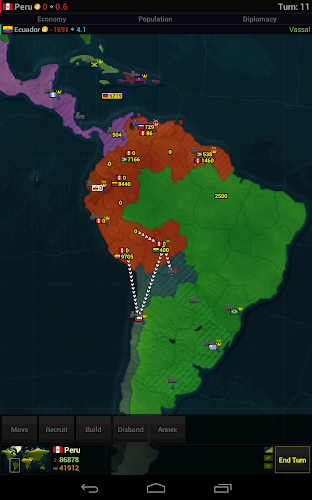 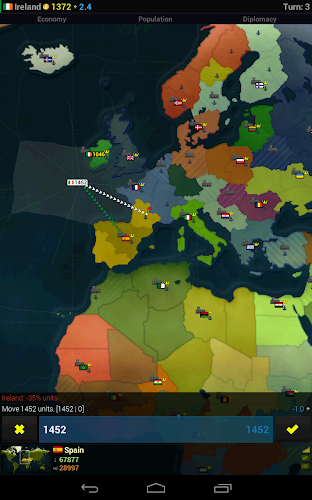 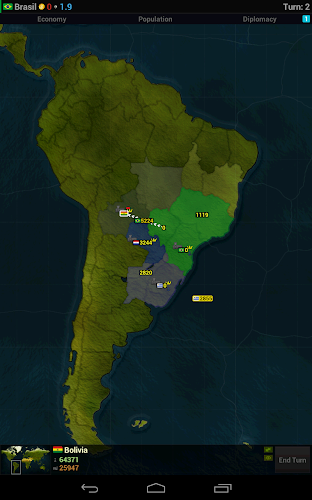 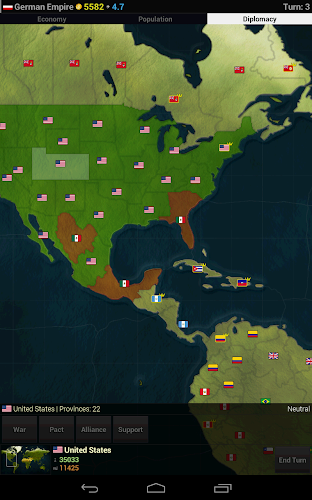 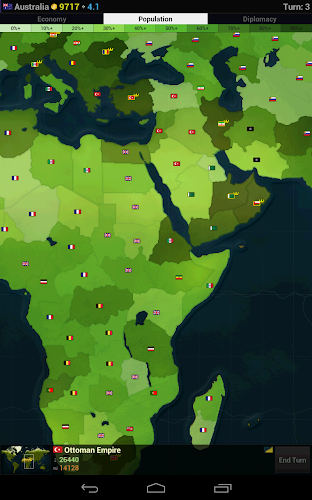 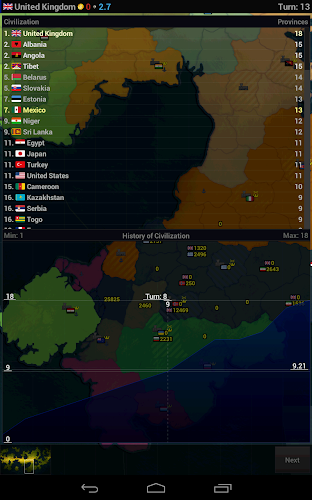