The Inner World – A hilarious and critically acclaimed 2D-Point’n’Click Adventure!

Robert is a novice, a bit clueless, but with a heart of gold. He lives a peaceful life as a court musician in Asposia’s largest wind monastery. Contrary to the laws of physics, Asposia is an enormous, hollow space surrounded by an infinite expanse of earth. The world’s air is provided through three wind fountains, but as one wind fountain after the other petered out and the wind gods came to Asposia, all of the sudden Robert found him in the middle of a whirlwind.

Together with the help of the mysterious thief Laura, his best intentions and no clue whatsoever, Robert sets off on his adventure to discover the secret of the wind’s disappearance. Will the young adventurer be able to save his world? And what are Laura´s secret intentions…?

Features, Features, Features! This is where The Inner World shows what it means to be lavishly with tons of content waiting for you: Screamingly funny dialogues! Numerous tricky puzzles! A handmade world fully drawn with love and devotion invites you to discover countless details (at least 325!). A patented multi-level hint system enables everyone to finish the game! A wonderful comforting atmosphere! Eye-pampering backgrounds in non-stereoscopic handmade 2D (!) – going up against all current graphic trends! Five spectacular chapters! A story with more twists than any Asposian nose! Stunning cartoon-like animations! The most epic soundtrack since the origin of Asposia as well as professional voice overs – even lip sync! Lots of cut scenes! Optional hotspots! And of course: Robert, the very-very-very-VERY-last hope for Asposia! 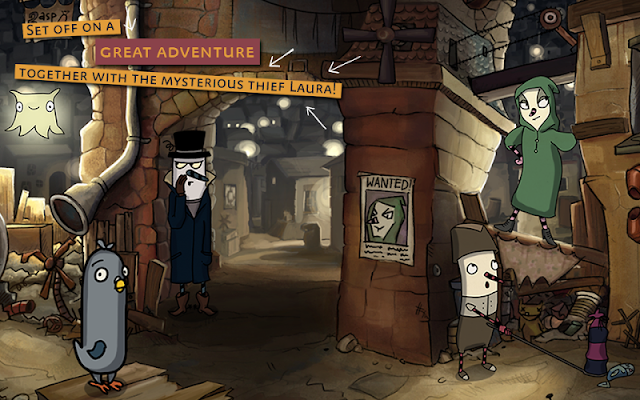 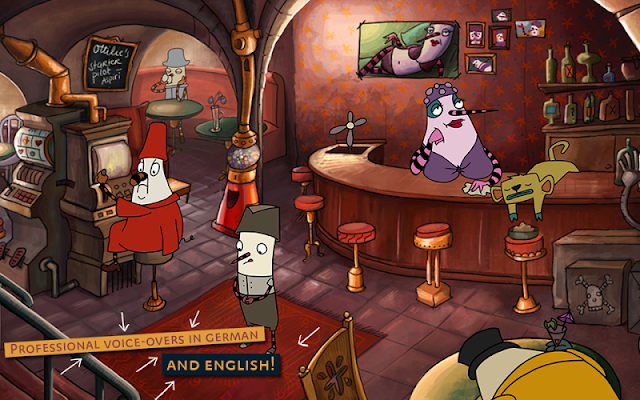 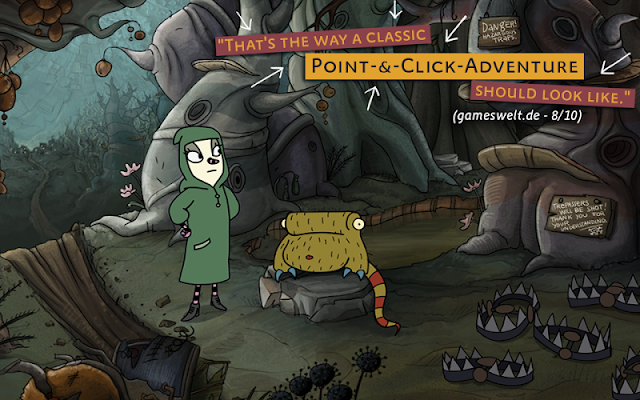 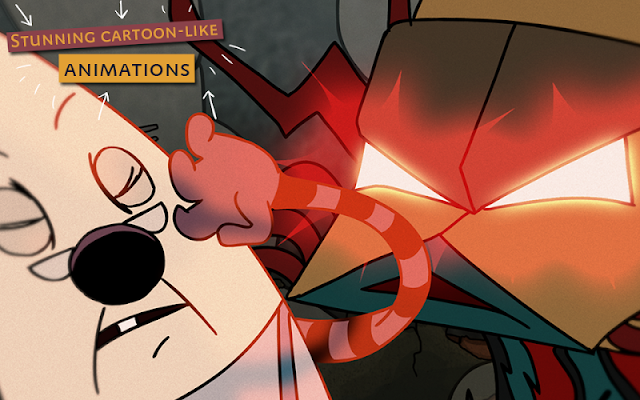